Although Pilates has become very popular over the last 10 years, it actually originated in the 1920’s. Pilates is named after its founding father Joseph Pilates, a physical culturalist born in Germany. A keen exponent of body building, yoga, kung-fu and gymnastics, Pilates was interned in a camp during World War I.

It was here that he began creating a method of exercising which was intended to strengthen both the body and mind. Pilates original exercise routine was known as ‘contrology’, highlighting one of its main principles – an emphasis on control and quality of movement.

After the war, Pilates emigrated to the USA, where he opened the first Pilates studio in New York. Joseph and his wife Clara Pilates soon established a devout following in the local dance and the performing-arts community of New York. Pilates worked very closely with top performers in their conditioning, and rehabilitation from injury.

Pilates developed specialised apparatus to improve the effectiveness of his exercise repertoire. The apparatus was designed to facilitate correct movement and guide the body. The most important example of these apparatus is called the ‘reformer’.

For many decades, Pilates exercise stayed almost exclusively in the dance and performance world. It was not until the 1990’s when the latest research on spinal pain (its effects on the surrounding muscles) and the type of rehabilitation exercises prescribed, showed great similarity to the ‘traditional’ Pilates repertoire.

Since that time, Pilates has become a mainstay of Spinal Rehabilitation and treatment of low back pain in the Sports medicine and Physiotherapy communities. 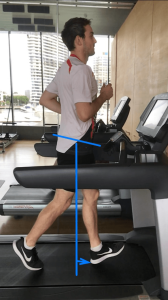